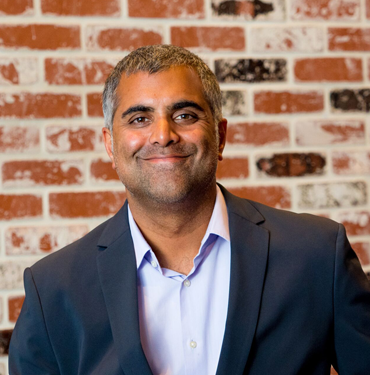 Abhilash Patel is a serial entrepreneur, venture investor, speaker, author, and business advisor. Abhilash works with companies he believes in, helping them to grow and thrive.

Abhilash graduated with a BA in Economics and Philosophy from Columbia University in 2002. He earned his MBA from UCLA’s Anderson School of Management in 2012, working with both Ranklab and Recovery Brands while he completed his studies. Also during his time at Anderson, Abhilash became an MDE fellow at the Price Center for Entrepreneurial Studies. He has been a frequent guest speaker and lecturer at The Anderson School both during and since receiving his MBA.

Abhilash is an enthusiastic venture investor and an advisor to multiple growing startups including a venture capital fund in Santa Monica. He is actively involved with several Los Angeles charities and serves as a board member to the Junior Achievement of Southern California. He also a member of the Young Entrepreneurs Council, and has been mentioned and/or published in Huffington Post, Forbes, Inc., and more.

Abhilash is a triathlete who also enjoys golfing. Above all, he loves spending time with his wife Kelly, his two sons Bodhi and Archer, and their two dogs.